Posted on June 18, 2016 by Vanilla Heart Publishing — Leave a comment

Paul, you are a great VHP-er and we are thrilled to have you with us! Your stories are fabulous, your efforts boundless, your thirst for broadening your already terrific skills gobsmacking (thanks for all the Britspeak tips), and your constant attention to all the many things we ask of you is amazing! Big HUGS!

Africa, a place where superstition and witchcraft runs deep, a place of beauty, but where death lurks in the shadows. An innocent act unleashes a horror that walks the African night… under the full moon… and nothing is safe. Piet van Zyl, safari owner, finds himself drawn into a world of witchcraft, and face to face with a horror returned from the grave.

Blood Spoor in the Dark by Paul Zunckel

One man with a desire for revenge that blinds him, and in the end is his undoing, as he unleashes his demon to walk and hunt under the African moon. Pure evil, that walks in the African bush. An evil that devours – called up from the darkness of hell in a ritual that involves flesh and blood… and only Piet van Zyl stands a chance of ending the nightmare.

The Devil in Eden by Paul Zunckel

When the African night is at its darkest, he hunts the very men who hunt him. Piet van Zyl, safari hunter, must leave his wife, Peggy, alone at their smallholding. He must confront a killer lurking in the shadows, called Devil by the terrified people it preys upon. A fast paced thriller that takes you on the hunt for a man-eater, and leads you into the night, from where you might not return.

The Smoke that Thunders by Paul Zunckel

Piet and Peggy, along with their infant daughter, Heather, are about to have a guest at their safari camp home…Taking care of their friends’ daughter for a few days will be easy. As thunder rolls across the African sky, the mighty Zambezi River moves forward like a bulldozer, with nothing to hold it back… Can Piet save the child from the raging waters of the Mighty Zambezi?

Into the Darkness by Paul Zunckel

Piet van Zyl steps into the darkness of the mind when a violent blow to the back of his head causes him to suffer memory loss. Left for dead, to wander the wilds of the Zambezi Valley, home to the big five, unarmed and with no memory of who he is or where he comes from. The search is on for Piet – one a search and rescue, the other a seek and destroy. Who will get to Piet first? 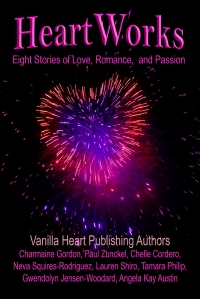 Mask of Deceit by Paul Zunckel

Juliana’s world is turned upside down when her husband, Paul, is brutally murdered in the darkness of an alleyway in Venice. The only thing that keeps Juliana going is the memories of a perfect love, and the deep desire for vengeance. One by one, the killers come face to face with the Mask of Deceit, and pay the ultimate price at the hands of a woman who is dead inside.

Paul Zunckel was born in 1957 in Zimbabwe, then known as Rhodesia. His family moved to South Africa in 1966, where he completed his schooling at Kingsway Senior High School in Amanzimtoti.

He did his two years National service in the South African Defence Force as an Ops Medic, wanting to follow his heart and study medicine, but life got in the way.

Paul was employed in Air Traffic Control for twenty years, and has been involved in Management positions for over twenty-five years. He has a Human Resource Management Diploma, and is an accredited Facilitator.

He started to write full time in August 2014, about something that is close to his heart… Africa. The mysteries, the superstitions, and all the beauty and treachery of the land. He holds his wife responsible for the road he is now traveling, as she was the driving force behind him in his Debut novel, Blood Moon over Africa. Since then, the stories line up to be told.

Paul loves to write as it takes him into another world, and he enjoys the reaction that he receives from readers.

Apart from writing novels, he also plays the guitar and writes his own material, although he is unable to read music. Music forms a big part of his life, and he can lay claim to having cut one CD, although he does say, “I’m too old to be an idol.”

He has two children from a previous marriage, and has been married to Lucie, the love of his life, for the last fourteen years. Paul and his family live in the Eastern Cape, South Africa along with man’s best friend, a cross Alsatian/Lab  who answers to the name “Pooch”  and is at his feet every time he sits down to write and will not move until “his human” is finished and types The End.

Where to find Paul Zunckel online

Ebooks And Audiobooks and Paperbacks, Oh My!